Thanks to some early rains this year—in the last week of August and into September—the fungi seem to be happier than they’ve been in some time. I checked the usual stumps and logs over the weekend, and the baby Phaeolus are, to my great pleasure, starting to pop out.

This little button was the first sign that the Dyer’s Polypore are getting ready to show themselves; I left this one on its tree root for a few more days, to let it gain some size before harvesting it. 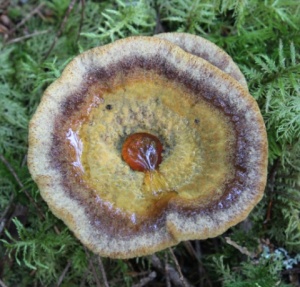 Since then, all manner of young Phaeolus have appeared throughout the forest, their undersides still soft and fuzzy, their golden edges attesting to the colour they promise to release.

Sometimes I find them growing on the side of a mature Douglas fir.

And sometimes they’re growing out of the end of a mossy log.

And at other times they appear to be growing out of the ground, but they’re actually growing on the root of a nearby fir. 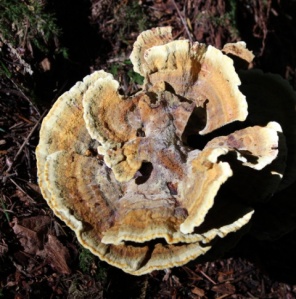 If I find one from a previous year, obviously old because it’s dark brown, dry, and fragile in a papery sort of way:

that’s a sign to look around its host tree to see if any new Phaeolus are emerging. I go back to the same trees year after year and I’m seldom disappointed (although eventually the host tree willl crumble back into the forest floor, the fungus having finished its work).

2 thoughts on “A Plethora of Phaeolus”